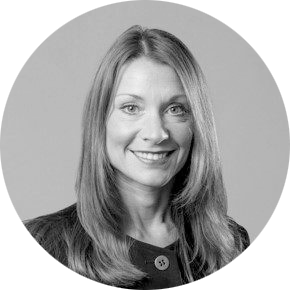 Kelly Fox is a commercial litigator with extensive High Court experience of applications and trials. She is also a Solicitor Advocate. Kelly trained in the City of London at global law firm DLA Piper and spent most of her career practising high value litigation work for corporate clients and high net worth individuals as well as acting on major international litigation cases for foreign states and international governments.

Kelly trained and qualified in the City of London as a litigation solicitor in 2001. She spent much of her early career primarily focusing on banking and finance litigation acting for major clearing banks. She had the benefit of being selected to work in-house on secondment at a major US investment bank, providing her with an insight into what corporate clients require from their legal advisors, namely commercially driven results with an eye on the very important issues surrounding the management of expectations and costs.

Kelly has defended an entrepreneur on a breach of warranty claim; acted for administrators in bringing professional negligence claims against various professionals; brought and defended breach of contract claims for major clearing banks.

Kelly’s existing client base include a variety of clients including entrepreneurs, consultancies, private clients and small to medium sized companies throughout the UK. She deals with a wide range of general advisory and pre-litigation matters, including advising on terms and conditions of business, drafting submissions to the Advertising Standards Authority, providing guidance on how to identify the potential risks that inevitably occur in business and most importantly, how to avoid the costly litigation process.

Kelly joined My Business Counsel in 2015.

Back to Lawyer Directory

For the latter part of her private practice career, Kelly acted for the Republic of Zambia on its flagship corruption case against the former president of Zambia and 19 other Defendants, with the trial being conducted in London and Zambia. On the back of this case, the legal team won Litigation team of the year in 2007 at the Legal Business Awards and was nominated for Litigation team of the year at the annual Lawyers Awards.

Kelly has also undertaken regulatory and investigative work for various Government bodies in relation to corrupt payments and has co-ordinated and managed teams of solicitors in foreign jurisdictions for UK based clients in relation to an accounting scandal at a global tele-communications company.