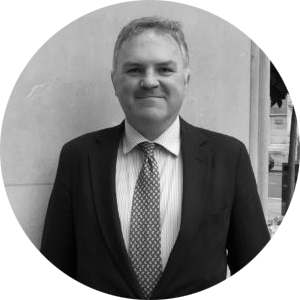 Duncan Gillespie is an EU & Competition Lawyer with nearly twenty years’ experience in all aspects of EU law including competition, State aid, trade, public procurement, data protection and telecommunications and energy regulation. He was a Partner with the international law firm DLA Piper in the City of London for nearly 10 years and joined My Business Counsel in 2016.

Duncan has a Degree in Mining and Petroleum Engineering. Before retraining as a lawyer, he spent 10 years working in the IT department of a major international bank. A particular interest of Duncan’s is the application of competition law to the energy and technology sectors.

A focus of Duncan’s work has been State aid law where he advises both public sector bodies wishing to grant State aid and those under investigation by the EU authorities for allegedly granting or receiving it.

He has obtained State aid clearance from the EU Commission in Brussels for a number of high profile projects and regularly advises clients on how projects can be structured to avoid aid arising in the first place.

Duncan comments regularly on competition law matters in the media and advised the House of Lords Information Technology Committee on the State aid implications of the publicly funded roll out of Broadband infrastructure in the UK. He has also contributed to a book published by Hart Publishing in September 2016 on the recently enacted Hong Kong Competition Ordinance.

In his spare time Duncan enjoys food, drink, travel and the Opera and sits on the Executive Committee of London Scottish Rugby Club.

Back to Lawyer Directory

To be updated shortly